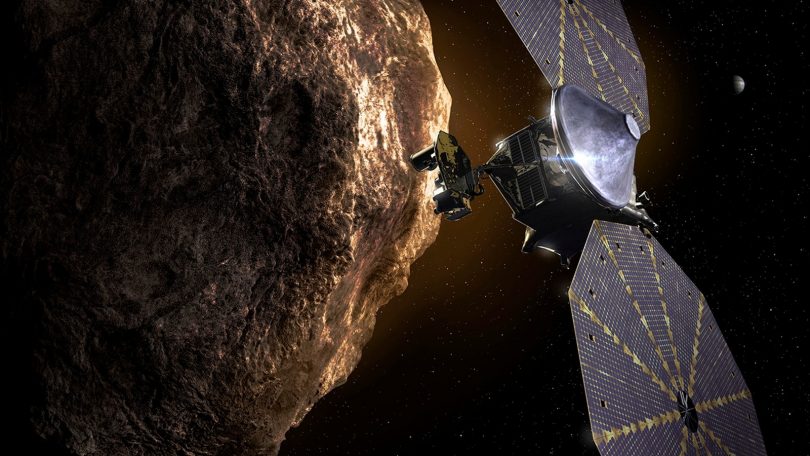 Another massive asteroid is going to fly past Earth in the next week. Know what NASA says about it.

New year has just started and we already have seen a number of asteroids that have passed past Earth since, including one bigger than Big Ben that passed by near-Earth on January 11. As we move forward in a new week, a new asteroid will be waiting to pass near the Earth. On Tuesday, January 18 at 4.51 p.m. ET, an asteroid with a diameter of 3,451 feet (slightly over one kilometers) will travel past our Earth at a speed of thousands of miles per hour.

The National Aeronautics and Space Administration (NASA) Small-body Database revealed that this upcoming massive asteroid is known as 7482 or 1994 PC1 since it was discovered in 1994 by Robert McNaught at the Siding Spring Observatory in Australia. This asteroid’s orbit around the Sun lasts 1.57 Earth years. This means that every 30 years or so, its orbit crosses that of the Earth.

NASA predicts that it will pass within 1.2 million miles of our planet at a speed of 47,344 miles per hour. Though nobody expects 7482 (1994 PC1) to hit Earth, but NASA estimates that it will be the closest asteroid that Earth will get for the next two centuries. Don’t worry! Despite being the closest, it will not be close enough to ring alarm bells of harm. NASA says that Earth will be 1.2 million miles (1.93 million kilometers) away from this massive asteroid.

Is it the largest asteroid to hit Earth?

The asteroid 1994 PC1 will not be the greatest asteroid to pass by Earth. Earlier, on September 1, 2017, the asteroid 3122 Florence (1981 ET3) passed by and narrowly escaped colliding with Earth. That asteroid, which is believed to be between 2.5 and 5.5 miles in diameter, will pass by Earth again on September 2, 2057.

HTWant to witness this massive asteroid? You have a chance! This giant asteroid that has been incorrectly classified as ‘apocalyptic’ in the past, can be visible via a good telescope. But if you don’t have access to a telescope, then you can still watch it live on the Virtual Telescope Project’s website.