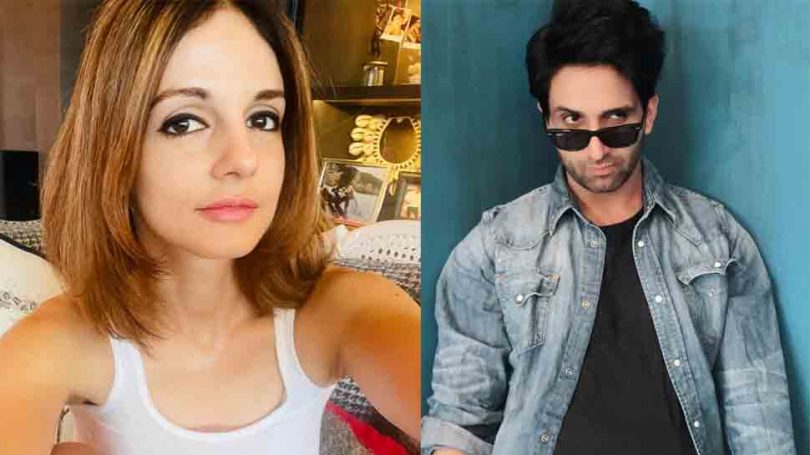 NEW DELHI: Actor Arslan Goni and interior designer and Bollywood heartthrob Hrithik Roshan’s ek-wife Sussanne Khan are rumoured to be dating. Goni recently commented and left a mushy message followed by several hearts and kiss emojis in a post shared by Sussanne after she announced that she has tested positive for coronavirus. Their cute PDA on social media often catches people’s attention.

Now, Goni has opened up on his rumoured relationship with Sussanne in an exclusive conversation with Hindustan Times. Speaking to the publication, he said, “What do I tell someone who has come out positive? I will always wish them god bless you, and that you will get well soon. As far as going viral is concerned and what people are saying, I cannot read all those messages. I don’t do that. Everyone has the right to say what they want to. But I am supposed to say something sweet to someone who has just tested positive!”

The actor also said that he doesn’t prefer to talk publicly about his relationship with Sussanne. “Two people living a good happy life and that’s it,” Goni said.

Sussanne and Arslan Goni had jetted off to Goa together in October last to ring in her birthday. Back in December 2021, Goni had addressed their rumoured romance stating that despite spending time in Goa for the latter’s birthday party, he and Sussanne are just ‘close friends’.

The two were also captured attending the wedding ceremonies of her close friend Akanksha Ranjan and Aditya Seal.