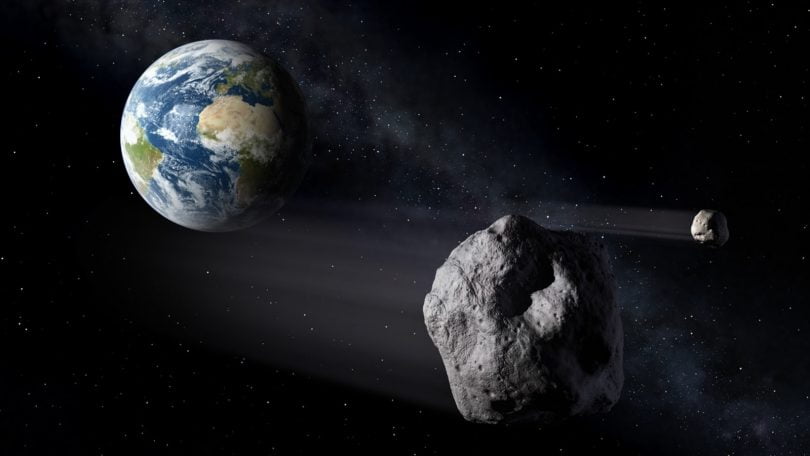 The world of dark matter is still a mystery to humans. For years, it has frustrated physicists, astronomers and cosmologists. And the reason is simple. Dark matter interacts so rarely with ordinary matter that it becomes extremely difficult to notice it in the vast universe. But now, a new theory suggests that there could be huge structures of dark matter, quite similar to asteroids which can be causing solar flares by interacting with the stars. These dark matter asteroids or dark asteroids, in theory, could reveal a lot about the existence of this elusive matter.

Now, scientists have more or less been able to explain the cause behind solar flares which are sunspots, for most cases anyway. But not all solar flares are caused by sunspots. This is what makes this new theory exciting. By better observation, some of these solar flares can give new insights into dark matter or even dark matter asteroids.

A post on Ars Technica sheds more light on the subject. According to Chris Lee, physicist and author of the post, every proposal around dark matter begins with a theoretical exploration where theoretical physicists estimate how dark matter interacts with ordinary matter. These theories are usually an extension of the Standard Model of particle physics. Standard Model, for the uninitiated, refers to the theory of the three of the four known fundamental forces (electromagnetic, weak and strong interactions) in the universe.

Based on these theories, experimental physicists have placed large tanks of Xenon with light detectors in space in hopes of finding dark matter collisions with regular matter. But so far, nothing concrete has emerged. But if theorists are to be believed, there finally might be a way to observe these rare events. And the answer lies in dark asteroids colliding with stars to give birth to solar flares.

What are dark asteroids and how they might cause solar flares?

The theory may seem a bit far-fetched but so does every scientific theory before it is proven. But, given its potential observable merits, this one might hold some truth. The theory suggests that if dark matter exists, it should form structures. And if that is true, then there might exist asteroids made up of dark matter that just float around the universe.

And when these dark matter asteroids or dark asteroids collide with a star, things will get intriguing. Now, a point to note here is that the reason we know so little about dark matter is because it cannot be seen easily. But if dark matter were to interact with regular matter, it would give rise to unity or a state of huge explosion, which should be visually observable.

In the past, the Hubble Space Telescope had observed a dark matter density of a globular cluster called 47 Tuc to find out more about such solar flares. However, it was later found that Hubble did not have the right filters on and nothing concrete came of the observation.

Now, researchers are putting their faith in a wide field UV space telescope which will soon be deployed. If the theory has any merit to it, this telescope should be able to find out the solar flares and whether a dark matter asteroid causes it or not.