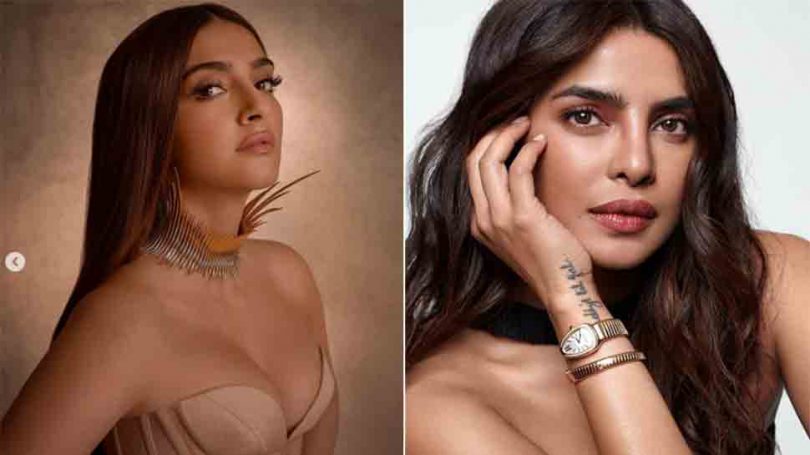 NEW DELHI: Actor Sonam Kapoor recently reacted to Priyanka Chopra’s latest photoshoot, which the ‘Quantico’ star shared on social media, and heaped praise on it. Commenting on the pictures, Sonam wrote, “Beautiful! Proud of this!”

Priyanka Chopra recently shot for Vanity Fair February issue and the actress took to Instagram to share some pictures from the photoshoot that she did for the magazine. Priyanka is looking stunning in the pictures and her fans can’t stop praising her. Check out the pictures below.

Priyanka Chopra looks gorgeous in her recent photoshoot. The actress surely knows how the set the temperatures soaring. Fans are going gaga over PeeCee’s photoshoot.

Speaking of her work, Priyanka Chopra will be seen next in the Amazon Prime drama ‘Citadel’, which will premiere in February 2022. The show also stars Game of Thrones and Eternals star Richard Madden. Her upcoming projects are ‘Jee Le Zaraa’ with actors Katrina Kaif and Alia Bhatt. She also has ‘Text For You’ with Celine Dion and Sam Heughan, a wedding themed reality show, a romantic comedy with Mindy Kaling and the ‘Ma Anand Sheela’ biopic.

On the other hand, Sonam Kapoor was last seen in OTT released dark comedy-thriller ‘AK vs AK’. She will next be seen in Sujoy Ghosh’s ‘Blind’, the shooting of which was wrapped up in February 2021. The film also stars Purab Kohli, Vinay Pathak, Lillete Dubey and is schedule for OTT premiere.